You may have heard the infamous nutrition myth about microwaves—that they zap vegetables of their vital disease-fighting nutrients. Well, while this may not be true—microwaves actually preserve more of their vitamins and minerals than other cooking methods, according to the FDA—there are certain foods that you should absolutely keep out of yours. The following items either explode, smoke, or do some other crazy-terrifying thing when nuked. 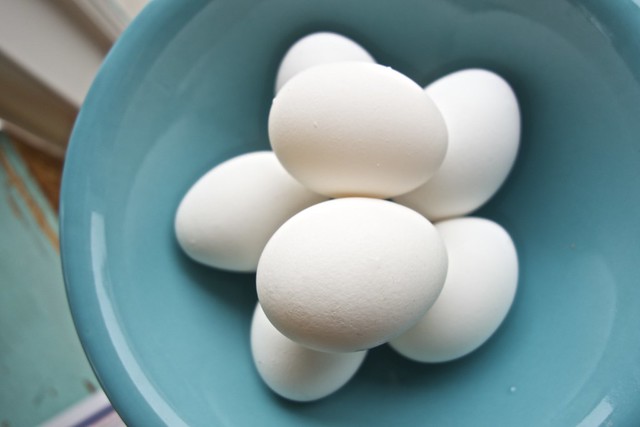 Hard boiling a few eggs in advance can provide you with enough nutrient-packed snacks to last you the whole week. Throw them on a toast, eat them plain like an apple, or sprinkle them with salt—but whatever you do, do notmicrowave them whole because apparently hard boiled eggs have been known to explode when microwaved. Yes, explode. And there’s a twist. The explosion usually happens after the egg is microwaved, which means it can happen when it’s on your plate or even in your mouth when you take the first bite. This happens both with eggs in their shell or peeled because pressure from steam built up inside of the egg turns a seemingly innocent snack into a ticking timebomb. Try cutting eggs up into fourths to avoid this hazardous effect. Love eggs? 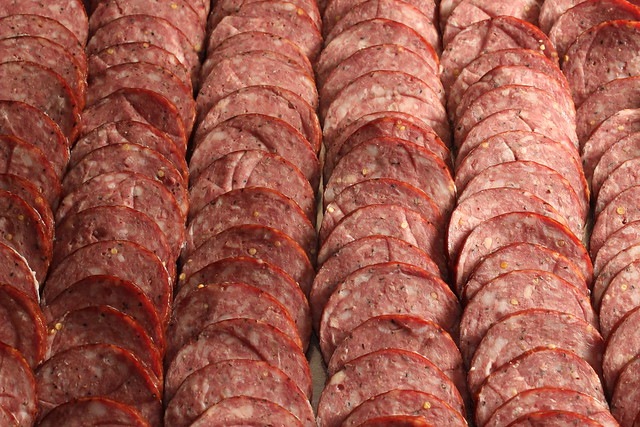 We’ve warned you about processed meats before because of the multitude of chemicals and preservatives they contain. Well, it turns out they get even worse when you microwave them. How you cook, store, and reheat processed meat can contribute to the production of cholesterol oxidation products, which can be more harmful to arterial cells than pure cholesterol and are more directly connected to heart disease. One study found that microwaving meat resulted in higher production of COPs in sausages, bacon, and lunch meat, compared with other cooking methods. 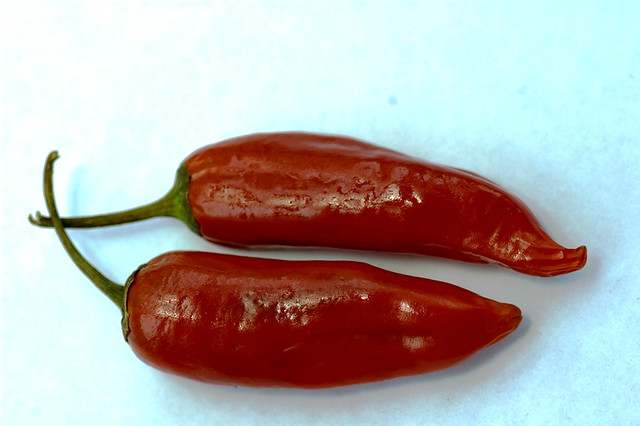 Talk about hot peppers packing a fiery punch! Microwaving one of these spicy veggies will not only result in a smoking veggie, but also possibly set them aflame. And the capsaicin—the chemical that makes hot peppers hot—is released in the nuking process. So when you open up your microwave, capsaicin will be released into the air, causing your eyes to sting and your throat to burn. Who knew a little microwaving action could turn into a booby trap? 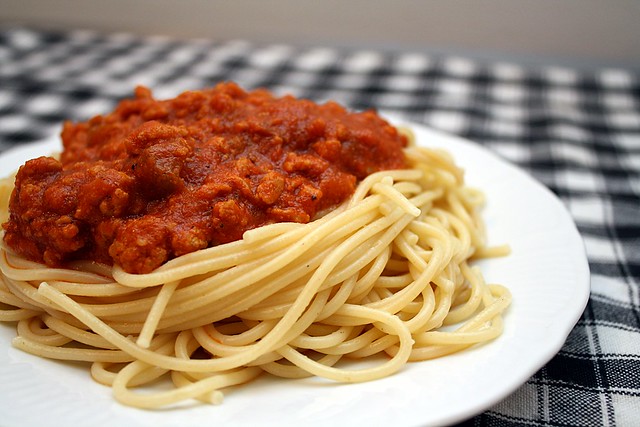 We’ve all been there. You wanna heat up last night’s delicious leftover pasta for a quick and easy lunch, so you place a bowl of tomato sauce in the microwave to get it ready for a big bowl of pasta and nuke it for a couple of minutes. And then you hear a pop-pop-pop and your microwave is covered in splatters of red sauce. This happens because the thick consistency of the tomato sauce makes it difficult for particles to move around easily, so steam pressure builds up underneath the surface until it finally erupts to release the steam, sending the sauce flying. We suggest heating sauce up on the stove, where you can constantly stir the sauce as it heats up to release the steam and pressure. 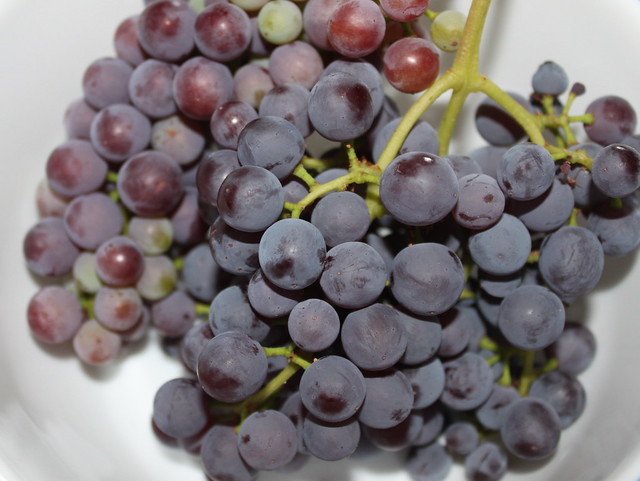 Although grapes are made up of mostly water, they can actually ignite when they’re microwaved. Videos of grapes spewing white-hot, fiery plasma (yes, plasma) have made their way across the internet. And although the people behind the camera are often trying to make this happen, we still suggest staying away from nuking them to be safe.

While grapes explode into flames when microwaved, their more wrinkly cousins—raisins—reportedly tend to smoke when they’re nuked. Although we weren’t able to totally verify this claim, we suspect it has to do with the high amounts of sugar that grapes contain. After sugar melts, it quickly begins to create smoke. 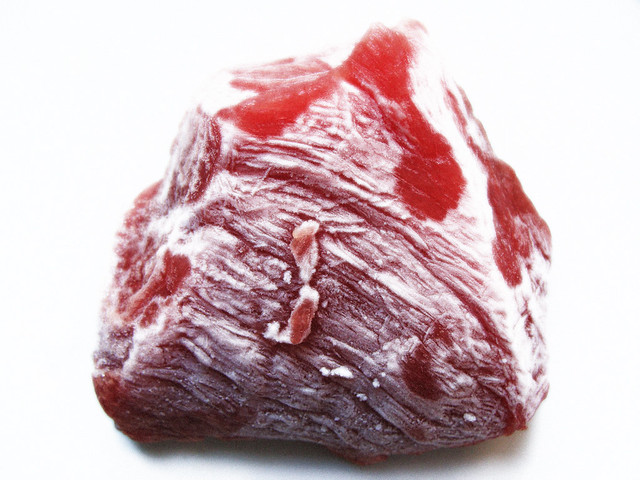 Using the microwave to thaw out frozen meat may be quick and easy, but uneven distribution of heat can cause some areas to overcook while others remain frozen. Studies have shown that this can allow bacteria to grow in the areas left cold, making them potential sources of food-borne diseases. We suggest sticking to the good ol’ method of defrosting your frozen meats in the fridge overnight—totally worth the extra time. 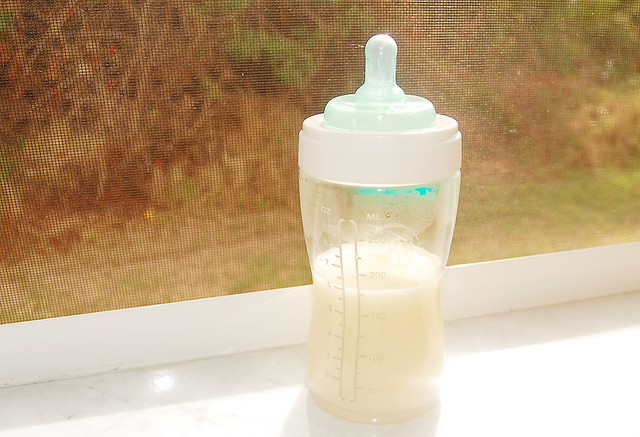 Some new moms freeze their breast milk and thaw it when needed. This common and convenient tactic can save time and usually totally safe—except if they use the microwave to thaw the milk. While it’s quicker than waiting around for the milk to thaw naturally, a microwave tends to heat baby’s milk unevenly, resulting in (often undetected) “hot spots” that can scald a baby’s mouth and throat. The FDA suggests heating up breast milk or formula in hot tap water or on the stove in a pan, always shaking the bottle, and testing the formula on the back of your hand.