Ajibola Taiwo had almost everything she could wish for: a job she enjoyed, a loving husband, and a wonderful home. Despite this, Ajibola and her partner Adeboye were still one piece of the puzzle away from eternal happiness: they both wanted children! The Nigerian couple tried for years to fulfill their dream, but it seemed as though they were cursed. Children were simply not going to be part of their destiny…

Though they were both happy, Adeboye’s family and friend pressed him to find a “fertile” woman and leave Ajibola. Ignoring their pleas, he made it known to them how much he adored her, assuring them that these matters take time and a baby would be on the way. For 17 fruitless years, they had tried everything, including in-vitro fertilization, hormone therapy, and countless examinations. These treatments don’t come cheap and the couple were forced to spend over $155,000 with no reward for their efforts. But then after almost two decades of struggling to conceive, the seemingly impossible happened and Ajibola was finally pregnant. And boy was she that! Four little miracles were now growing inside of her — or so she thought. 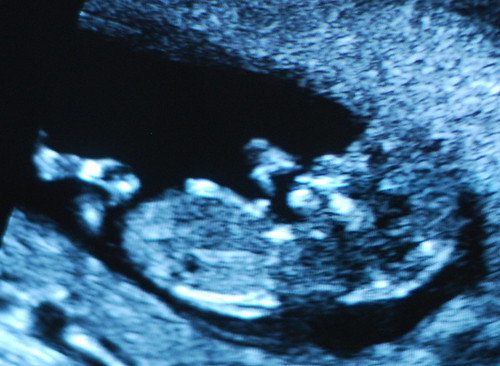 The surprising news only became more astonishing: Ajibola was actually expecting six little bundles of joy! After the initial shock, the couple’s happiness became tinged with a fair measure of trepidation. At the end of the day, giving birth to one child is hard enough, let alone having six. The doctors were also bowled over by this extremely rare discovery.

However, the sextet didn’t give their parents much time to worry as their birth was planned for 30 weeks into the pregnancy. With births of this kind being highly complicated, the Taiwos travelled to the United States where a nationwide team of specialists took care of this most unusual of deliveries. On May 11, 2017, the birth had all 40 staff at the Virginia Commonwealth University (VCU) Hospital working flat out and focusing on the tricky job at hand. See the wonderful results for yourself!

Though there are always certain risks associated with multiple births, the experienced team and the little fighters faced up to the challenge and came through with flying colors. Everyone was left exhausted by the end, but extremely happy with the outcome.

In a very testing situation, the Taiwos forged a very close friendship with the doctors. Sextuplets are something truly special, after all. The proud new father Adeboye is deeply thankful to the team, regarding them as “his family” and promising one thing in particular: his kids will study at VCU one day! The newborns owe their life to the institution; Adeboye saw for himself how well trained the staff were and wants his children to do the same in the future.

While the children, who weigh between 1.5 and 3 lbs, remain under hospital care, they have a clean bill of health. The proud parents are certainly in for an adventure once their three girls and three boys are allowed to go home!

You can find out more about this big, happy family in this video…

The long wait paid off! The Taiwos feel blessed and are looking forward to the challenges ahead with their little angels. All’s well that ends well — I’m sure Ajibola and Adeboye will agree!

If you get a call from your own number, make sure you don’t pick up. Here’s why
What a snapshot: Snorkeler swims with a humpback whale
To Top