Did you always make good decisions during your teenage years? Fortunately, most stupid trends are harmless and a part of puberty — overconfident teenagers encouraging each other to perform ever-more impressive stunts are nothing new. However, in the age of the internet, these trends have taken an alarming turn, and sometimes can have life-threatening consequences. This is mostly because people want to show off and make themselves stand out online. It’s important not to panic, but a healthy awareness of trends and the associated risks is always a good idea. If in doubt, have an open discussion with your children, so they at least know the risks that lurk behind these apparently harmless “games.” 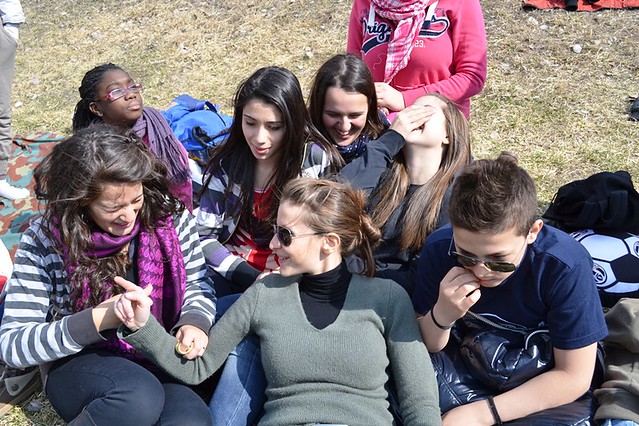 Younow is a very popular video platform among young people. They use the portal to keep video diaries, or to tell stories about their lives. According to the site’s rules, you have to be 13 to log in, but again and again, you find children who are clearly much younger using the site. At a time when image cultivation online is becoming ever more important, live-streaming is particularly problematic. This is because these videos are posted immediately, with no filter — and they can be be used by others on the platform. Many young people include their names and addresses, and show themselves in their underwear or provocative poses. In worst case scenarios, adults use the site to look at minors or to ask to meet them. Bullying has also already been observed on the site, and young people risk quickly becoming victims of these unpleasant attacks, that can have devastating consequences for their mental health. Warn your children of the risks, and above all, stress how quickly a supposedly harmless video can cause a lot of damage.

This term refers to a horrible form of “fun.” It involves women or young girls hitting each other in the groin. Mostly, these attacks happen without warning and the victim’s reaction is often filmed and posted online. It becomes dangerous when the girls hit so hard that they cause serious injuries to the vagina — from bruising to cuts. It’s also a very easy way to humiliate people — especially when videos posted online end up doing the rounds in the schoolyard.

This is one of those “challenges” that has been circulating online for a while. Salt is spread on a person’s skin, and then an ice cube is place on top. What initially sounds harmless, swiftly becomes painful torture. Through this test of “courage,” young people want to show how tough they are. What many don’t realize is that the ice rapidly cools the salt to only a little above 1°F. This leads to frostbite which, in extreme cases, causes deep tissue damage and severe scarring. The whole thing doesn’t sound quite so harmless now, does it?

Meanwhile, millions of videos of the cinnamon challenge are available online. In this, people fill a teaspoon or a tablespoon with cinnamon and try to swallow it all in one go, without any water. Hardly anyone knows how life-threatening this challenge can be. If the cinnamon is inhaled and lands in the lungs, it can cause severe breathing difficulties — including suffocation. At least one 13-year-old has already ended up in a coma as a result of this “harmless” fun.

The name already sounds dubious, but the reality is even more unbelievable. Young people choke themselves, until they are on the verge of passing out. Some do it to get an adrenaline rush, others want to see how far they can go. As well as this, young people often feel pressured by their peers into doing it because they want to feel like they belong. In 2016, a 13-year-old boy died, after he was urged to choke himself by “friends” online. It defies belief that this could be considered fun.

Practically every young person today has a smartphone. At the same time, the teenage years are the time when most people are discovering their sexuality — a combination that can become very dangerous very quickly. What most people understand by “sexting” is people sending each other naked photos. Many downplay the risks of this being abused and when they first discover it, it is too late. Often, young people are asked by their partners to send naked photos or to agree to being filmed or photographed performing sexual acts. If one of the couple wants to boast, or to get revenge after a break-up, these pictures and clips often end up online, or are sent to people who have no business seeing them. Then, all control is lost over who comes across these pictures, and young women in particular frequently become victims of vicious harassment campaigns. Furthermore, you make yourself liable to prosecution if you distribute such pictures without consent (especially when it comes to pictures of minors). 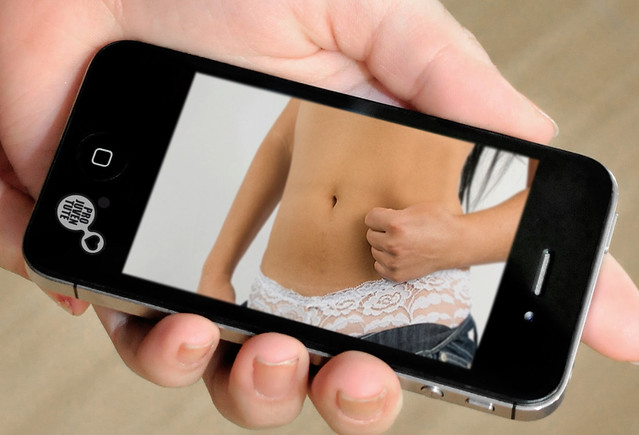 7. Selfies: photos on the tracks

Selfies can be seen as questionable, but mostly, they are at least harmless. However, that’s not the case with this latest trend. Train tracks have a long tradition of being used in tests of courage, in order to see who can stay standing on them the longest — with easily imaginable and tragic consequences. Again and again, deaths occur, because people who want to take pictures are hit by a moving train. Train tracks are not the place to go for a walk, nor to hold a photoshoot.

@Things4WhitePpl Does it qualifies for “Getting selfie on a track while train is coming” post. Asking for a Friend. pic.twitter.com/WLv3e9zC5S

The common thread in all these trends is that they conceal underestimated risks that are actually quite simple to avoid. So, talk to your teenagers and teach them to use their brains, instead of trying to follow every trend. Because once something goes online, it can never really be deleted. And, on top of that, you only get one life.

7 tips to help you have a great day at the beach
He Drank This Natural Juice and His Gout Vanished in 3 Days!
To Top